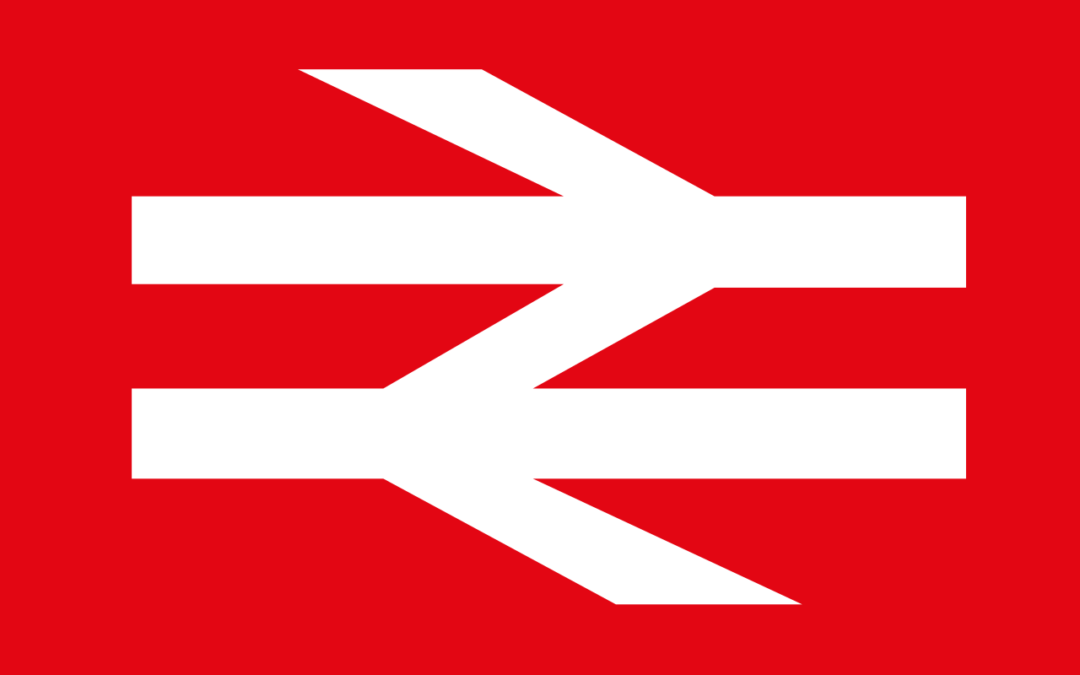 In October 2016, we were awarded the contract for the landscaping package for the new Cambridge North Train Station
which wills serve the Science Park area of Cambridge, relieving some of the pressure from the City Centre Train Station. 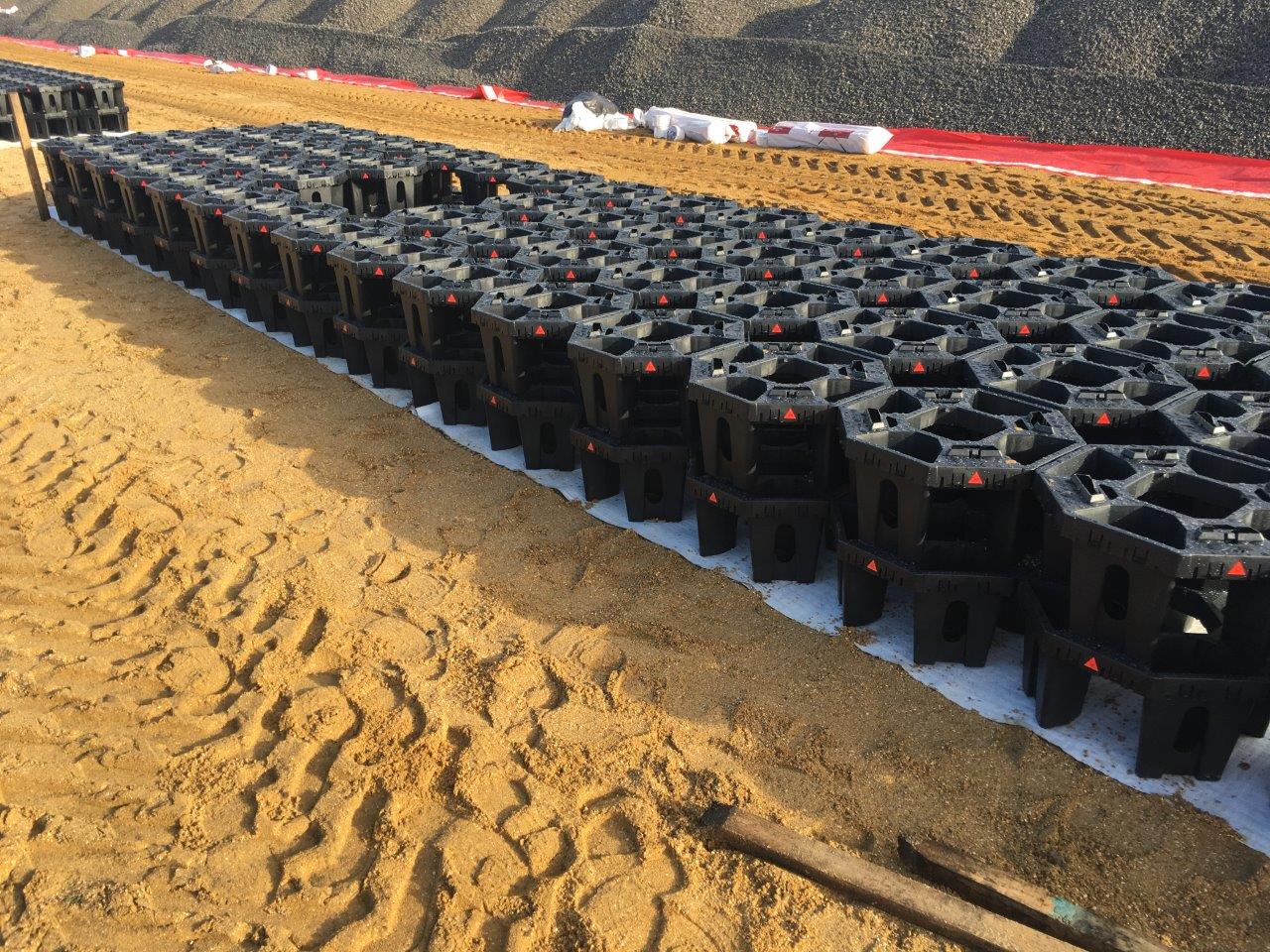 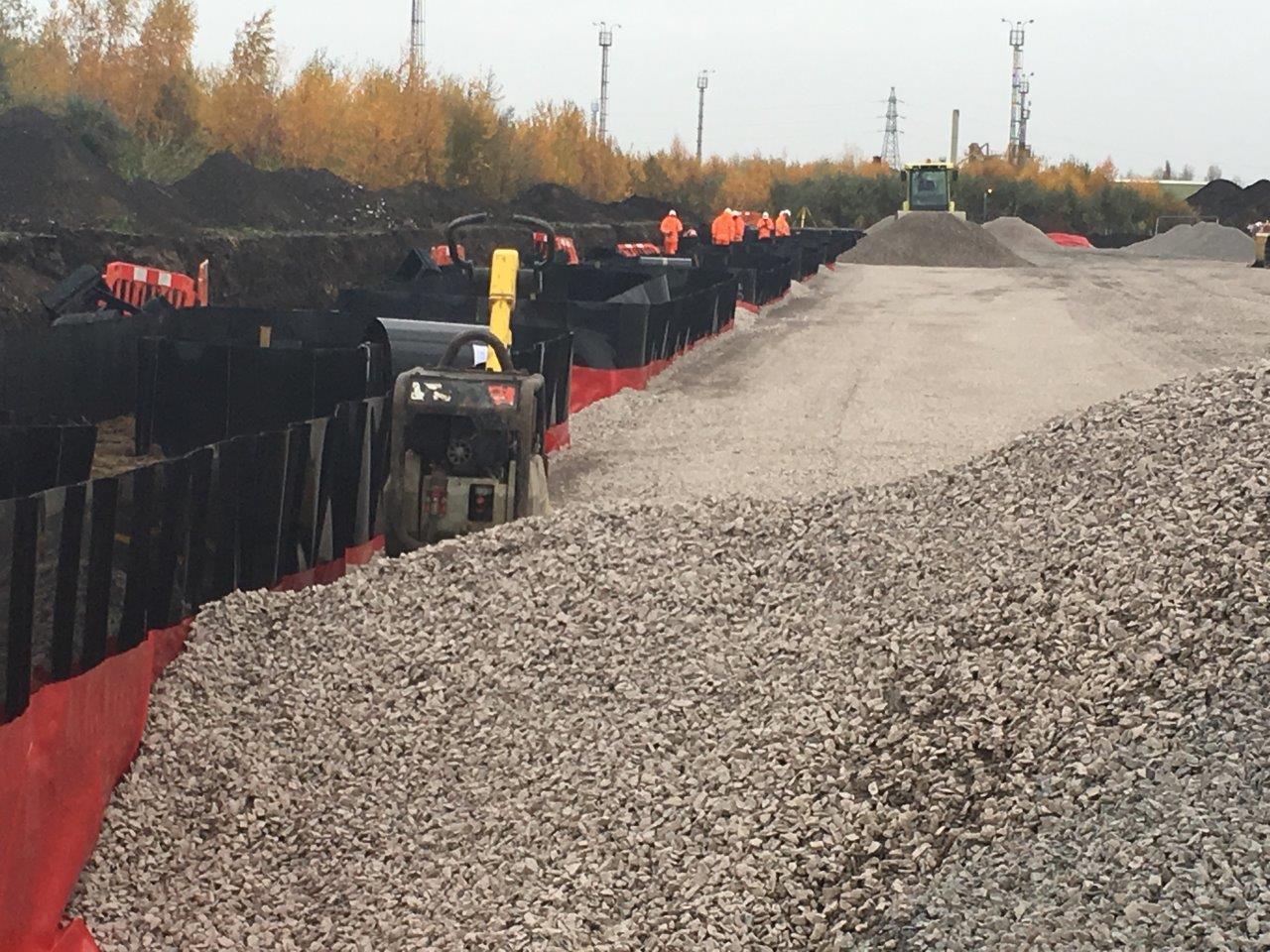 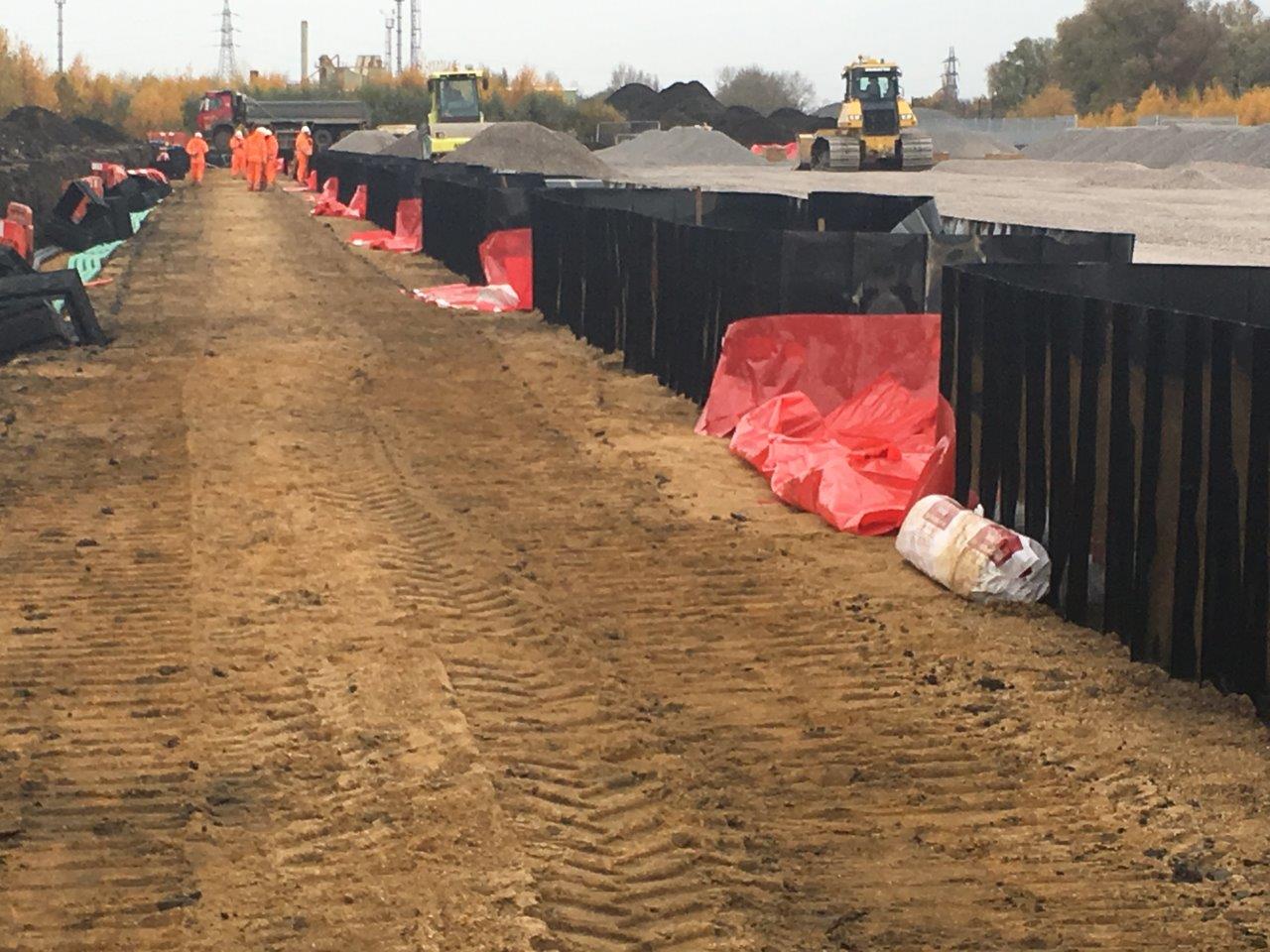 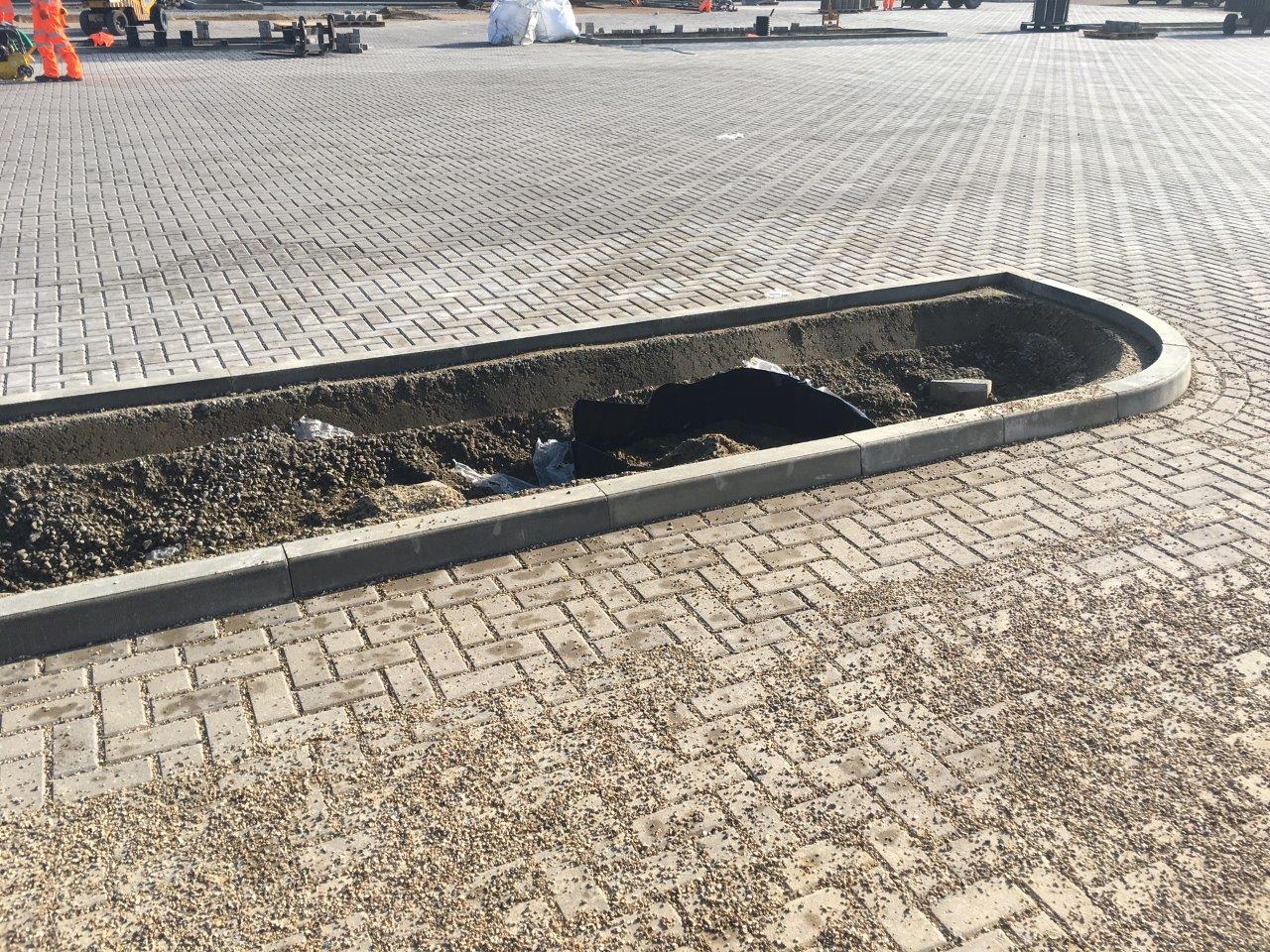 In the disabled car park, drop off point and station plaza, similar tree pits were built with the surfaces of the car park built around the tree pits. Root space structures were installed along with root directors to provide the paving team an edge & height to work to.
Trees in the hard areas have got Escofet Yarg tree grilles with a pattern to resemble the station design based on Conway’s Game of Life. These grilles are then either surounded by resin bound gravel installed by Tilbrook’s or paving installed by Volker Highways 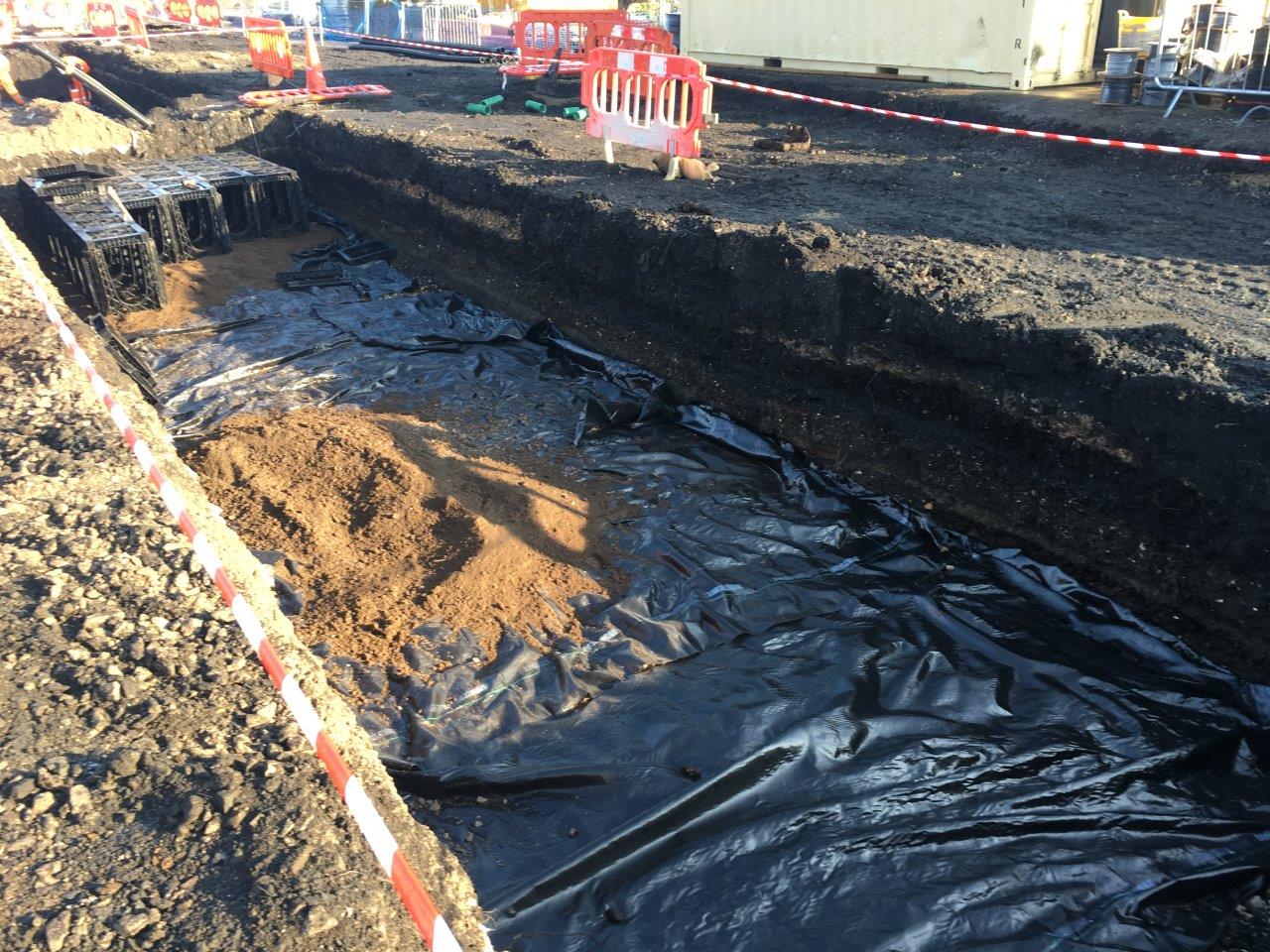 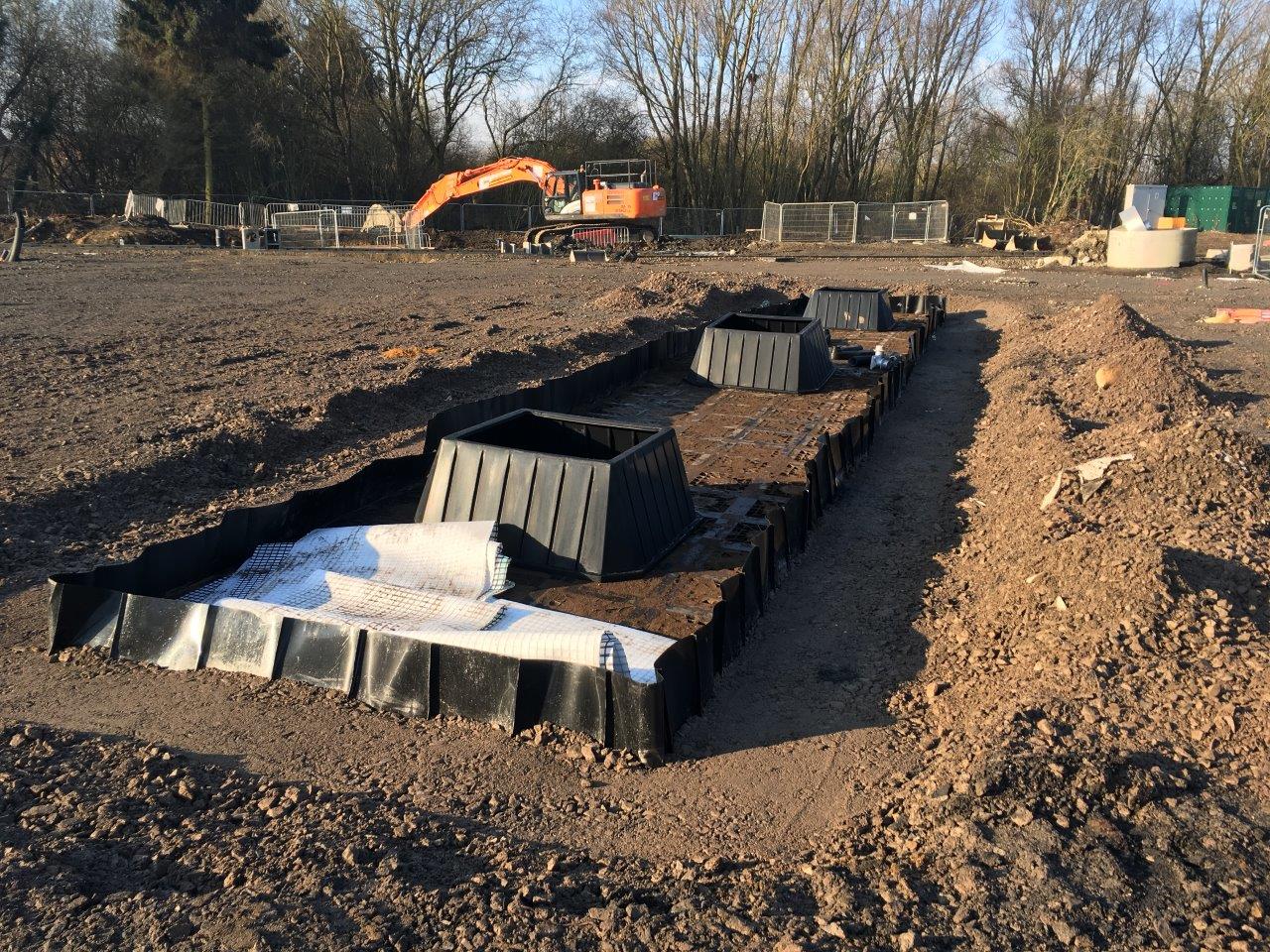 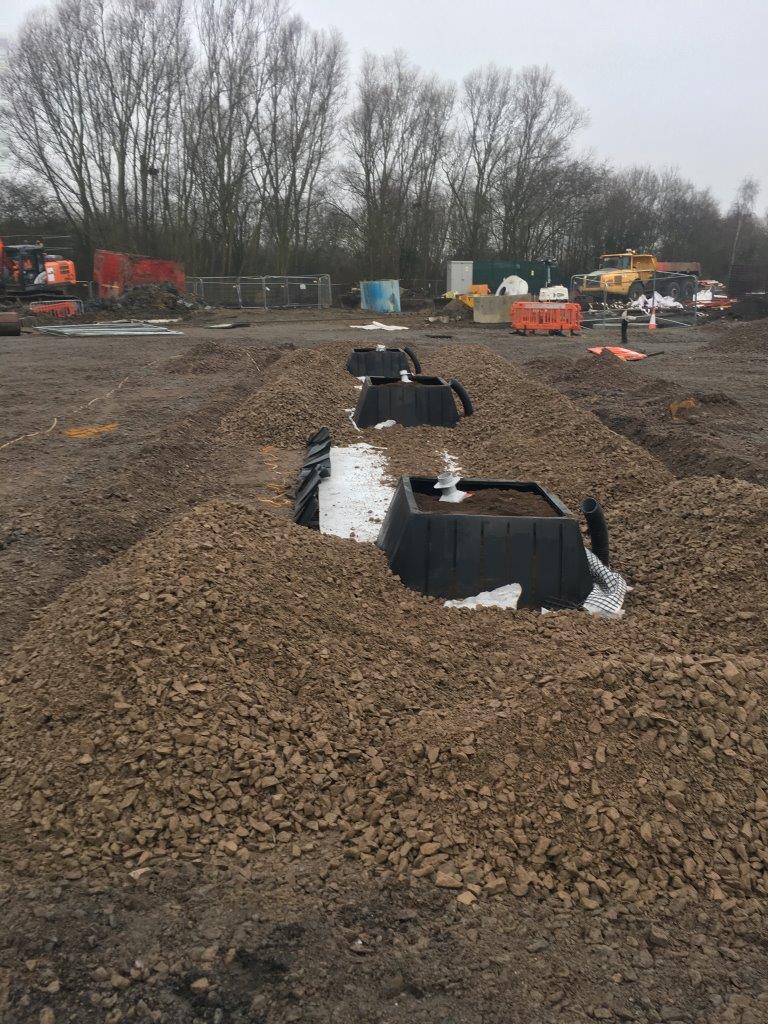 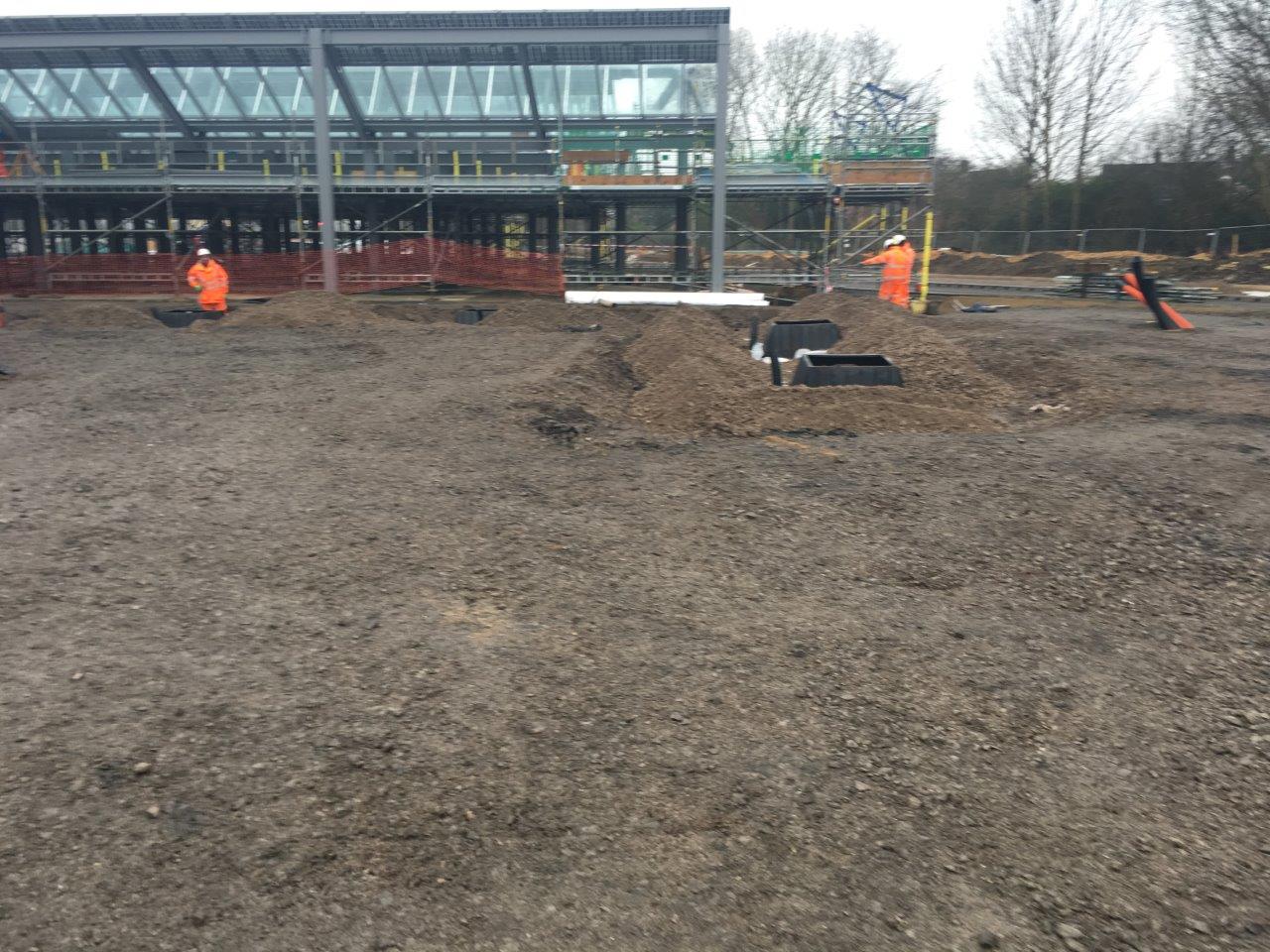 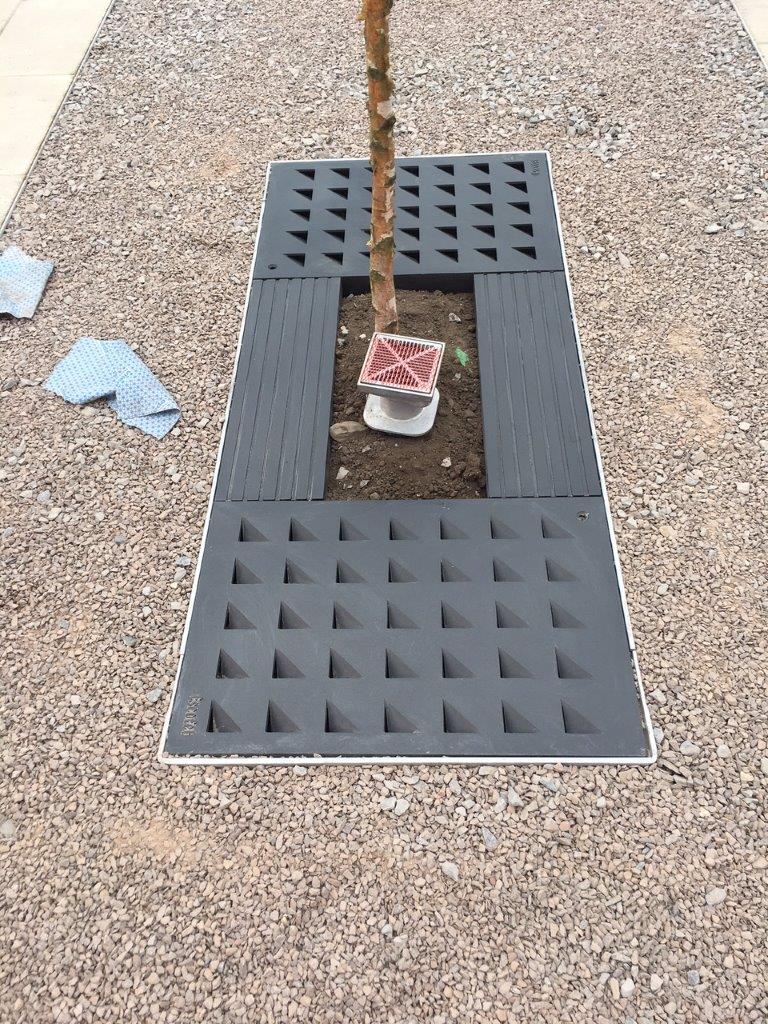 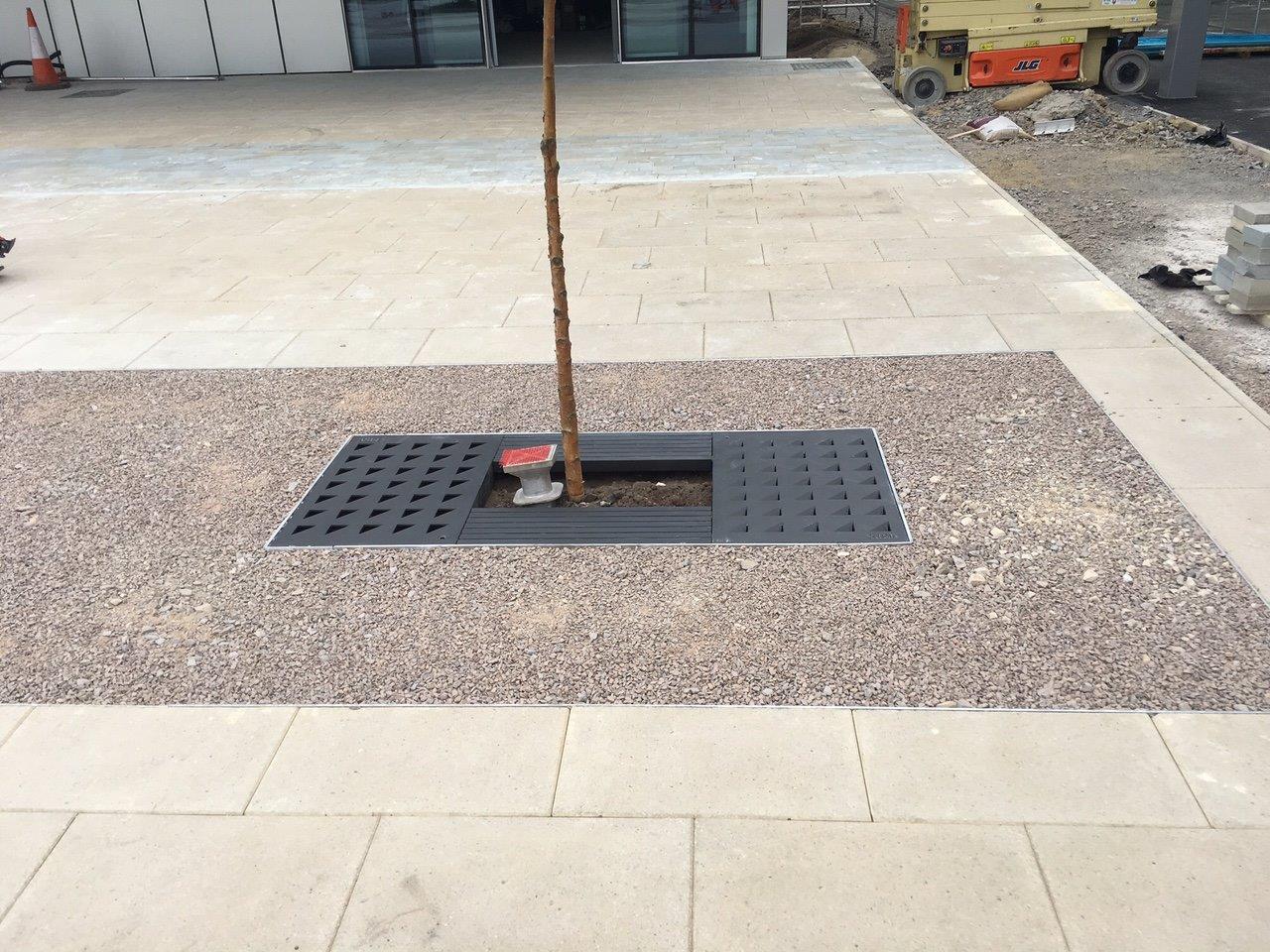 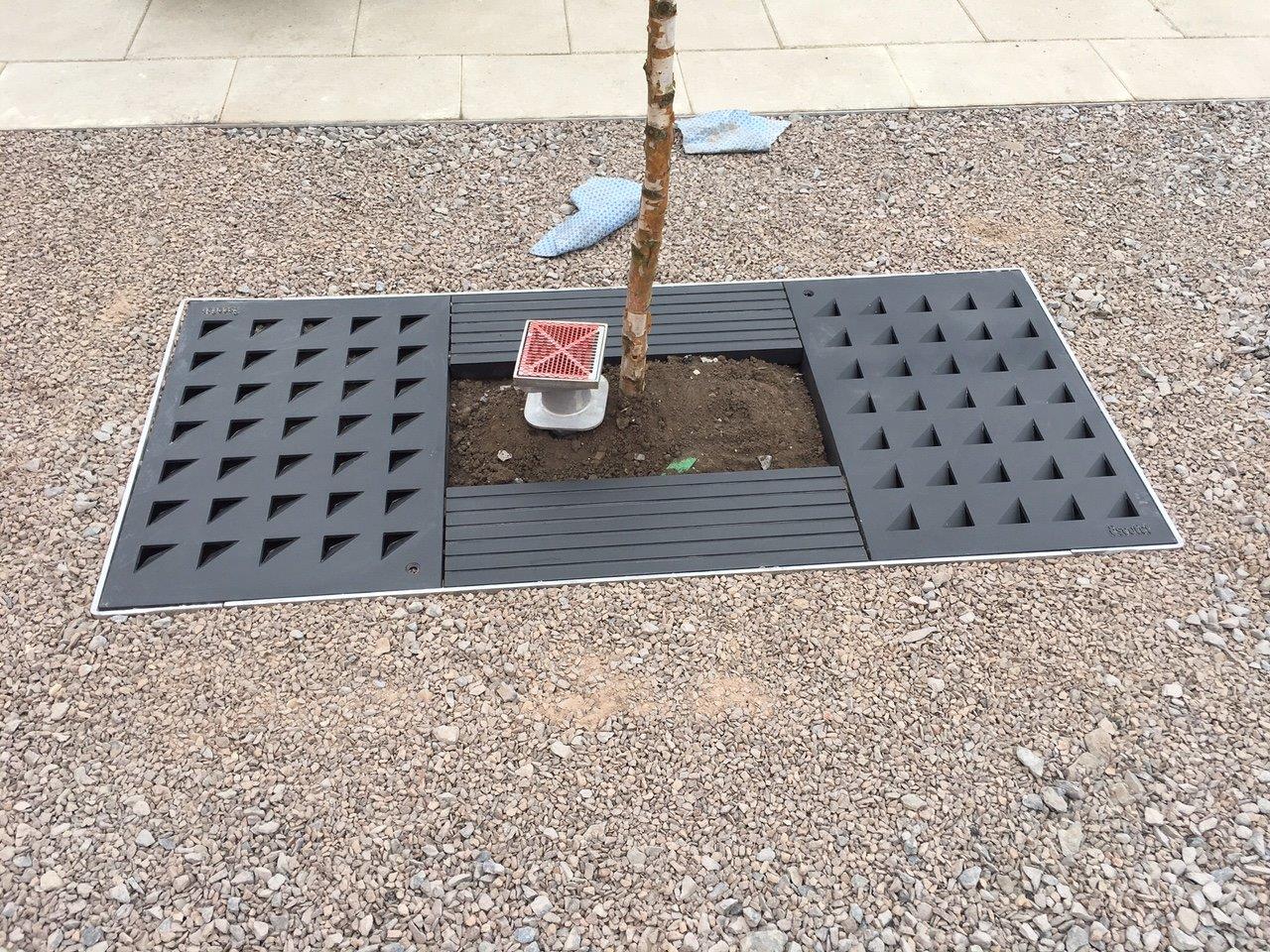 When you enter the station, you’re greeted and drawn to the station by an avenue of trees along the “Station Boulevard” which incorporates traditional tree pits with rain gardens on the East of the Boulevard which will act as SUDS to absorb storm water gradually into the watercourse to reduce the likelihood of flooding.
The West of the Boulevard are traditional trees and grass which separates the road traffic from pedestrian and cycle traffic.

Cambridge North opens to the public in May 2017, more information can be found at the VolkerFitzpatrick website
or at the Network Rail website. 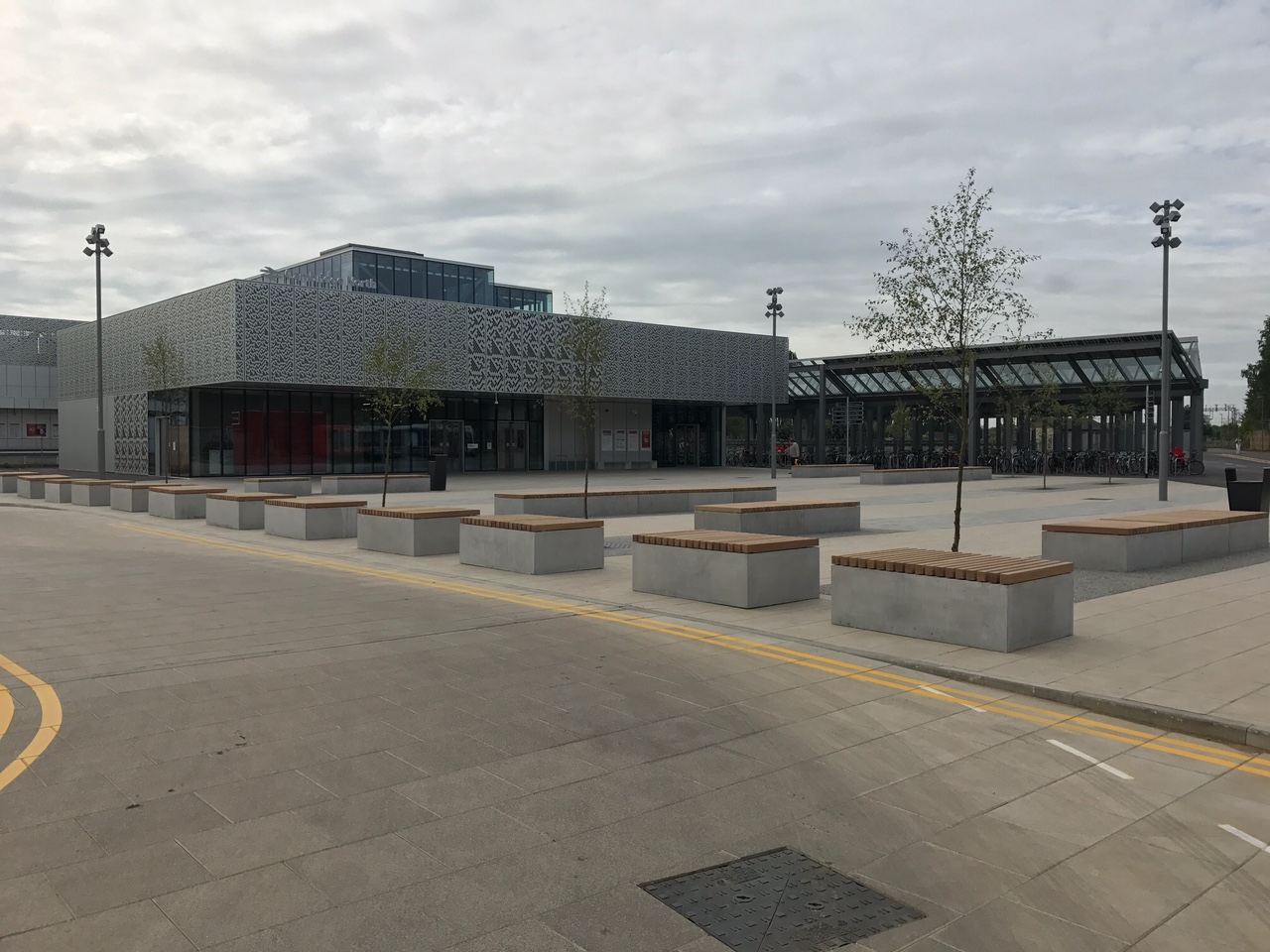